It has to be said: you have to hand it to the Theocracy when it comes to high theatre. The coronation of Empress Catiz I was always going to be a day of days, and the Navy outdid itself with an Imperial Honor Guard stationed in high orbit over the Amarr homeworld, which was truly a spectacular sight as it passed over the planet's night side: 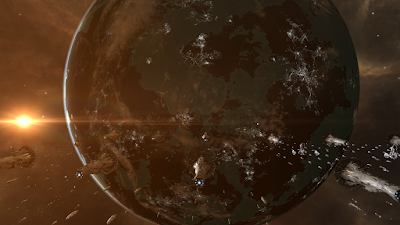 The composition was massed ranks of battleships, FAXes, Titans, Providences etc. all arranged with precision station-keeping. It was awesome: 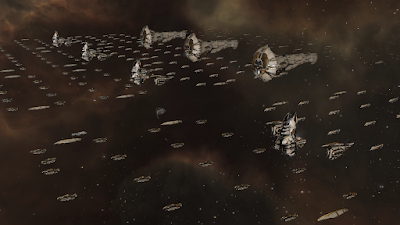 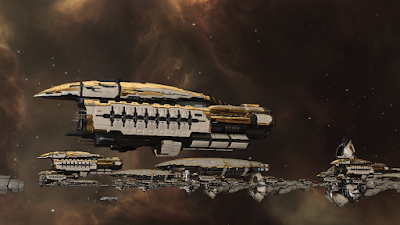 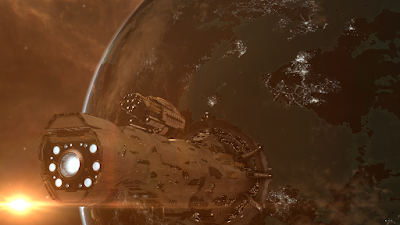 I showed my respect by arriving in my Tash-Murkon Magnate. 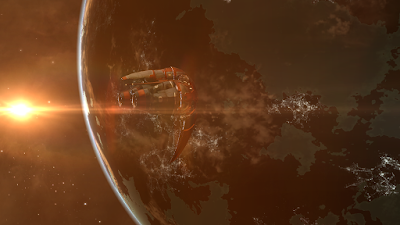 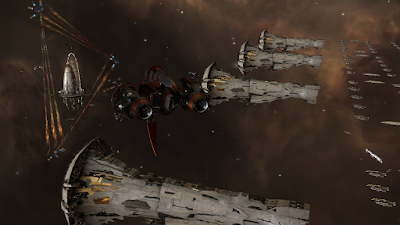 Later on, newly-crowned Empress Catiz herself showed up in another Titan and inspected the fleet, giving a speech which spoke of openness, new trade deals, and, unbelievably, offered an apology to the Minmatar Republic for the era of occupation and enslavement. What in Divinity's Edge was that all about? I mean when she says something like that, the only possible acceptable consequence is the mass, instantaneous emancipation of all Matari slaves still in Empire territory. Is that actually going to happen..? World News said Shakor himself was here with his own delegation, which is the first time that's happened since the Rebellion and is almost literally unbelievable.

Of course the whole gig was tainted by the influx of asshat Empyreans who caused the Local channel to lock solid in a shouty shoutfest of attention-seeking fedohead behaviour, most of which was about being seen to question Her Majesty's birthright. No respect. None. Empress Catiz should have doomsdayed the lot of them. I would have paid to see them all get cut down like wheat before the scythe. 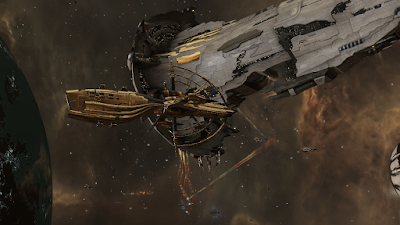 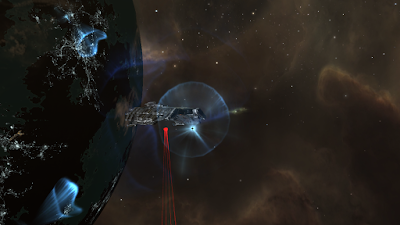 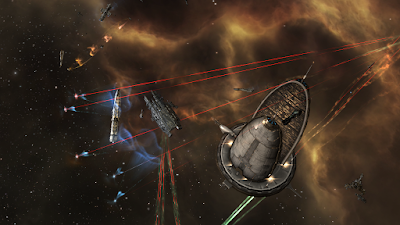 When Her Majesty made her appearance, the area around the fleet was so full of spacecraft as to represent a serious hazard to navigation and safety (not that any of them will have been concerned because y'know immortality), so that and the ticker-tape Local channel caused me to withdraw to the orbit of the gas giant Derdainys, where I tried to follow proceedings from afar.

I thought I was on my own here and therefore considerably safer, but then I changed modes on my Overview and saw a Claymore just 60 km away from me, just beyond visual range: 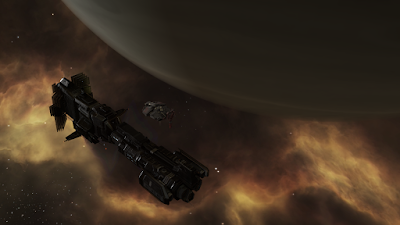 Amarr is of course the highest of highsec so there was no real danger from this dude, but nevertheless it was a bit of a lapse of attention on my part. It's happening more often just lately. It's like I'm losing my edge. I've gone through another phase of losing ships needlessly through inattention and getting dropped on. Part of that can be attributed to the current difficulty of conducting flight operations while Signal Cartel is under the yoke of no less than four separate wardecs.

I watched a really ancient scratchy holovid drama/thriller recently where one of the characters said this:

A guy told me one time, "Don't let yourself get attached to anything you are not willing to walk out on in 30 seconds flat if you feel the heat around the corner."


It resonated with me. It's a mantra that should be imprinted in a capsuleer's implants; tattooed on the inside of our eyelids; hardcoded into a capsule's integration cycle checklist. Yet, as Taltha said to me a year ago: you don't follow your own advice.

More on this later. In the meantime, hail the dawning of a new era! Hail Empress Catiz Tash-Murkon!
Posted by Cassandra Habalu at 13:27 No comments: