I left the wormhole, because my work there was done.

Shortly afterwards, I left Signal Cartel, because my work there was done too. 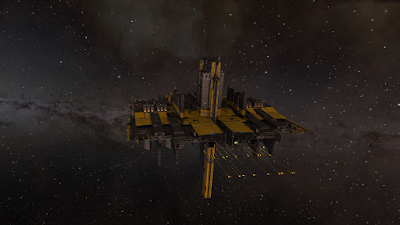 It was a sudden thing. In the wormhole, over the course of a single day, I came to a series of realisations about my own ethical stance towards exploring Sleeper and Talocan archaeological relics.

In the wormhole, I'd seen enough, done enough, to know that I could no longer tolerate those archaeological relics and paleo-technological artifacts that I saw there, being plundered, ransacked, stripped, and stolen by capsuleers, all looking to make a quick and dirty profit by taking this stuff to a trade hub and selling it to some collector or industrialist, in return for a bunch of non-existent digital fiat currency that has no intrinsic value in the real world. Plundering those sites, when they actually need to be studied and learned from. A new, overall awareness arrived in my conscience like a beam laser through my forehead: if I can stop just one of those looters, then one fewer looters out there could make all the difference to understanding what the Sleepers and Talocan were, and to understanding the Drifter threat. It could be me that finds that piece of data that explains where they went and what they were (and are), instead of that data being found by some 'explorer' who doesn't stop to understand the significance of it, and goes on to flog it to some collector who doesn't give a shit, puts it on a shelf and leaves it there, forever undiscovered; or some industrialist who recycles it and turns it into something else, something designed to limit human knowledge rather than expand it. 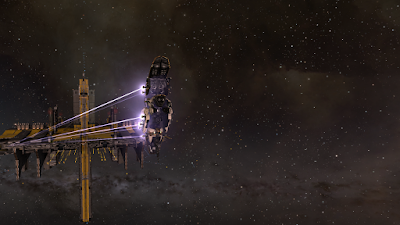 I have the means to stop looters in their tracks. It is time to use Empress of Amarr as it was designed to be used: not as a ship of peace, but as a protector of a technological faith. It is made of Sleeper tech. It is part of what they were. 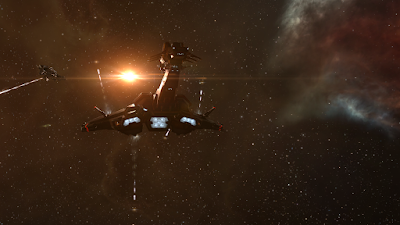 So I made the move. I locked the doors to my quarters in the citadel, resigned from Signal Cartel and re-emerged from the wormhole, back into New Eden.

There was just one corporation I wanted to move to.

Outdated Host Productions - [PHP1] - the corporation I first joined when I left Hedion University, dozens of lifetimes ago.

I opened [PHP1]'s public channel and reached out. I got a swift and welcoming response, as I knew I would. I'd left on excellent terms 500 days earlier, and it was like I'd never been away. I had missed the Big K and its mostly-uninhabited lowsec 'pipe' that I had re-visited precisely once during my time in Signal Cartel. I missed the calming presence of The Cauldron in my cam drones' synthetic imaging algorithms. I missed Borgin's one-liners and Crystalline's urbane wit and elocution and passion for post-op cuisine. I even missed Jzma and Mechoj's turbulent leadership style (although I found since I rejoined that both are no-longer prominent in the Darwinism alliance now). 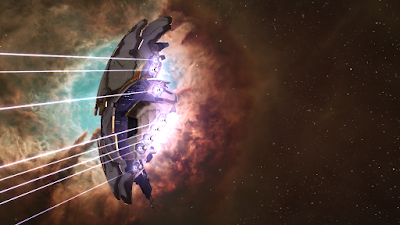 I missed the dulcet tones of Sul Glass, Bishop of the Seevadin Constellation - his ongoing doctrinal schism with Amarrian Orthodoxy alive and well (Sec Status -7.6) - now leader of Darwinism, which means Darwinism itself is guided from above. It was all the same old crew: Garen, Gettosmurf, Madrocks and Endiir, all still there like a universal constant (Endiir, what happened to those dreads man??).

Some other names I remembered had moved on since I was last in [PHP1], but that core foundation was still present.

All was well with the universe. 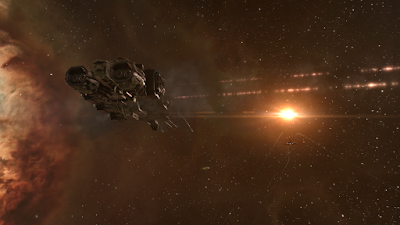 I considered the sudden and radical nature of my personal course-change once again while lobbing massive destruction at somebody's industrial facility today in Ibani - somebody I've never met, never even heard of.

It's about interests and objectives and how they align organically with those of others.

It's how and why, in the cam drone stills you can see here, I'm jacked into a stealth bomber as part of a fleet asserting Darwinism's presence in Khanid. 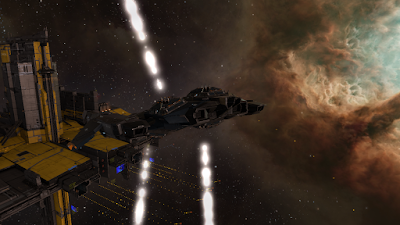 You might wonder how it is possible to live with what outwardly appears to be a complete 180-degree reversal of principle that comes with moving from a pacifism-oriented service corporation, to returning to a corporation that practices piracy and does crimes. The answer is in the principle itself and how it led to the realisation I arrived at that day in the wormhole: I never totally believed in the feasibility of Signal Cartel's pacifist policy in the first place; I just went along with it because it served my purpose to do so for as long as I wanted to stay there. My time in Signal Cartel was overwhelmingly positive, but now its core policy would become an impediment to the preservationist stance that I was about to take up, and as Signal Cartel itself states, if you can't abide by the credo, you can't stay.

I could no-longer abide... 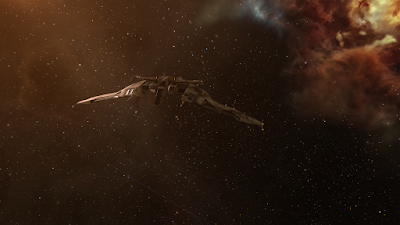 I've left friends behind in Signal Cartel (on good terms, I hope), but progress and change and evolution are the dominant forces in the universe and resistance is futile (where have I heard that before..?).

There is nothing new about any of it. I'm just doing what humanity has always done: looked after number one. But I'm also looking to preserve knowledge. 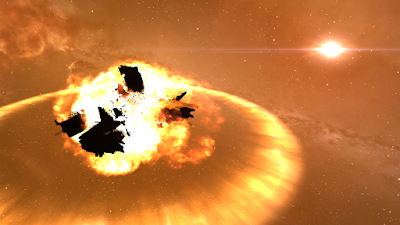 Explorers: I'm coming for you now...

Posted by Cassandra Habalu at 12:48