How Can It Be Murder When No-One Ever Dies?

It was only a capsule.

It's not the first time I podded somebody either.

I've done ganks before and regretted it afterwards. Ganking novice capsuleers who haven't yet realised there is a big difference between initial training and actually doing it. Ganking unarmed Ventures in gas sites, or ganking novice explorers who hack sites with the mentality of a teenage shoplifter. I always regret it afterwards because I remember full well what it is like to be a novice on the receiving end of a gank attempt. There is a humiliation involved in it, once you've got over the 'jump cut' inherent to waking up in a new clone in your home station.

But this one was different.

This was during another LUMEN 'roam' into the abominable Pochven region as part of our follow-up to the original Operation Remember Raravoss and its successful series of campaigns, most notably against Stribog Clade. This time the philosophy was fast, heavily-armed frigates and interceptors engaged in a form of police action against basically anything we could find in there, on the premise that it was and is God's Word that the mere existence of that space is self-evidently a blasphemy and an abomination, and anybody operating in there out of self-interest is to be purged. Indeed if I was a hardliner I would say it was my greatest religious duty to fight them over their infidelity.

By His Light and His Will. 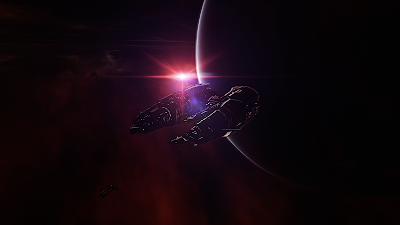 I was in a Crusader. We ran into another roaming gang in the former Konola system. There was an Exequeror and a Stabber and a Slasher. We brought down God's Wrath upon them all. I personally dispatched the Exequeror. Its capsule appeared from within the wreckage.

It just sat there.

There was no attempt to warp away.

Because where the hell would he go..?

You will of course know that this behaviour is always an invitation to deliver the capsuleer to their home station by the Pod Express.

But this time it felt like an achievement, in accordance with God's Will. 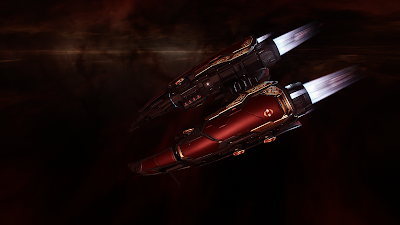 But again, the sensation didn't last, because I didn't really kill him at all, did I? I just inconvenienced him. He'll be back here in another ship, probably within hours, and the cycle will repeat. Did the balance of power in here actually change? Not this time. It certainly did during our action against Stribog, but not this time.

To be clear, the Societas is about bringing peace to Greater Amarr and to the wider cluster by words and deeds and diplomacy wherever possible in preference to using violence and force. We are moderate and we are reformist (but not abolitionist). We are not hardliners - we go beyond the policies of many Amarrian capsuleer organisations and accept those non-Amarr who wish to defect from their godless states of origin and be welcomed into the fold as believers.

But we are not pacifists. Sometimes you have to make an example, and my God, the hubris and arrogance of some capsuleers, going on about being immortal and superior and invincible on all the media channels they inhabit like so much waste gas in a room. They never see the flaw in their argument. I've said it before and I'll say it again: we are not immortal; our consciousness endures subject to contract and our bodies are replaceable only when connected to external apparatus. I could visit any one of you in your quarters at any time, softly whisper Scripture into your ear, then put a blaster charge in the side of your head, and you would be as dead as any baseliner. The last thing you would hear would be the Word. Everyone and everything you ever knew or said or did would be on the wall, instead of passing through a TEBS cycle into a new head.

I believe in our mission and I am loyal to it, but perhaps the option above is the one we reserve as a last resort, for the irredeemable, for the truly godless; and I must pray for my soul, for I fear I would enjoy it...

There is no humility in the godless, and you will all be judged when your time comes. Because it will. As a capsuleer you're only deferring it for now. We all are.

Only God is eternal. 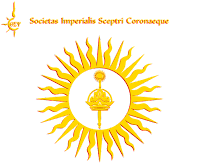 Posted by Cassandra Habalu at 02:24