The Eye of the Hurricane

LUMEN has resumed fleet patrols of the warzone since the Pochven campaign ended. Our most spectacular 'kill' during the first of this new series of operations was the ambush and destruction of a Hurricane-class battlecruiser, no less, in the Hadozeko system, deep within the Minmatar border zone. 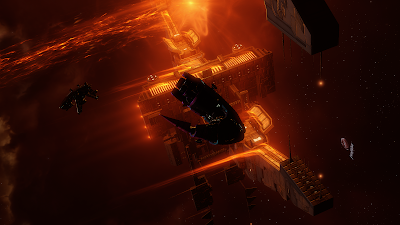 The Hurricane should have been able to make short work of a fleet of frigates, but it was God's will that we should prevail and take advantage of a few tactical errors that the Hurricane's capsuleer commander made during the engagement, most notably not ensuring the destruction of Directrix Lunarisse Aspenstar's Crucifier Navy Issue first, which used its optimised Targeting Disruptors to stop the Hurricane from tracking any of us properly, preventing it from destroying more than the single one of our ships that it did kill - kudos and in fact probably an official commendation to Faith Griffiths for sacrificing her ship by being first on the scene to tackle the Hurricane so that the rest of us could bring it down. 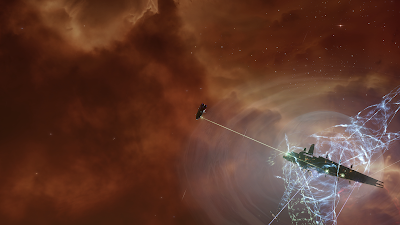 The Hurricane's commander probably also should not have completely ignored me, for my Tormentor-class frigate TES Fair Warning cut through his armor and hull like a knife through butter once his shields were down, since my ship was outputting over 200 'dps' with Tech II-class Pulse Lasers. It must be said that I did have to nearly melt those guns through overheating them in order to achieve that firepower. And of course I was not the only one there. I'd be very interested to know exactly how much cumulative damage-per-second our fleet of seven frigates applied to the Hurricane. It is noteworthy that mine and Amicia Cora's Tormentors both applied over 56% of the total damage to the Hurricane, according to the independent 'zkill' statistics service. The class's reputation as a point-blank range brawling monster is justified. 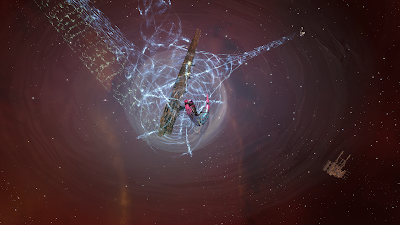 Every fight is a learning experience. In the heat of the moment I made at least one mistake: basically forgetting I had ECM drones on board and not using them; although it is questionable what good they would have done against a battlecruiser, but by not using them at all, they did nothing. 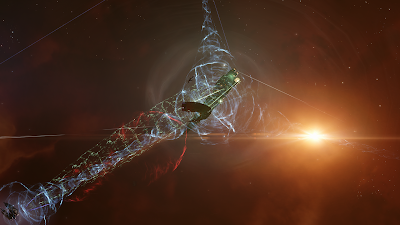 But such perfectionism should not detract from the fact that this was an extremely well-planned and executed ambush by our fleet, where the odds were actually not in our favour.

Our faith in God's will ensured we had the skill and bravery to win this fight.

[Afterword: it's also noteworthy that the whole fight took less time than it took you to read this journal...]

Posted by Cassandra Habalu at 05:20