I have a vast and ever-growing archive of cam-drone stills, because New Eden is a staggeringly beautiful part of the cosmos when viewed through the visual enhancements and augmentations that are intrinsic to being jacked into a ship through a neural link. In fact it is an aesthetic unavailable to baseliners as it is not possible to, for example, view the galactic plane with a star in direct line-of-sight. But that is not the point of this journal. 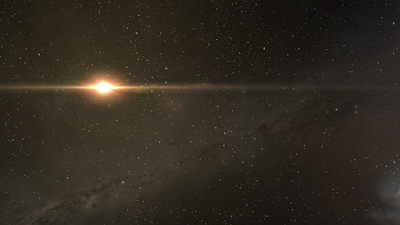 I was reviewing some of this archive on a datapad while I was enjoying some downtime in 'Gottin's Lamp', which is SFRIM's bar in our HQ in the Mehatoor system (in the 24th IC station). I came across some stills from an excursion I'd taken some four years ago and which I'd completely forgotten about: a flight through the Heaven constellation in Curse. 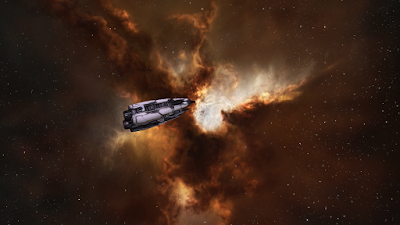 The Heaven constellation is of course the former home of the First and Second Jove Empires. Then the Jovian Disease happened and the Jovians departed the constellation, leaving the afflicted behind to die, believing they had escaped the Disease - or the 'Curse' that the region is named after. What happened to them after that is history. Or speculation, or rumour, or myth.
The Jove homeworld itself was Utopia III. I came here just because I wanted to visit it. Just because I could visit it. 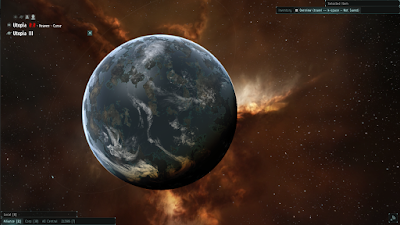 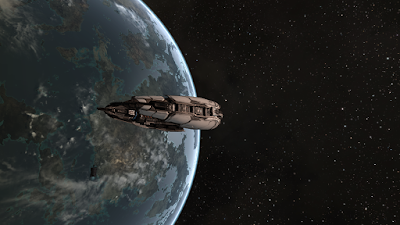 I knew I would find no trace of the Jove here. Only the Cartel. 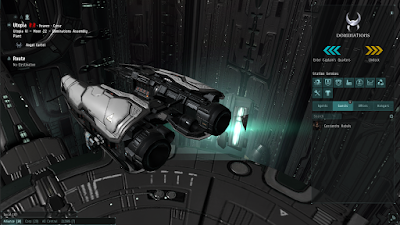 I docked in a station orbiting Utopia VI and took some quarters for a couple of days, and just hung out here, with no specific intent. The station was Cartel - an assembly plant for Dramiels and their other designs, that may or may not have benefited from whatever relics the Cartel found here when they moved in. 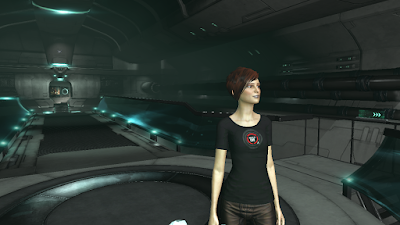 Centuries have passed since the Jove were here. There is zero trace of their existence now, yet their ghosts - or the suggestion of them - are all around. Or maybe it's all in my mind, given that I read about them so much.
We know where they went. Whether any of them exist at all today is not certain after the events of Caroline's Star and the collapse of the gates in the three regions we knew they inhabited.
It's possible - and there is evidence to suggest it - that the Drifters and those Sleeper artifacts are and were Jovian evolutionary offshoots. Other certain 'Emergent Threats' of the last couple of years mean the Jove are becoming a fading memory of decreasing relevance. How much influence the Society of Conscious Thought - their successors in CONCORD - has within New Eden culture today is uncertain.
There are still stations all over New Eden that are owned and run by corporations and organisations that were Jovian in origin. Who owns and runs them now..?
Curse is now a pirate-infested wasteland. All that exists here now is destruction and decay. To think that it really was once a Utopia of pure technology and transhumanism. 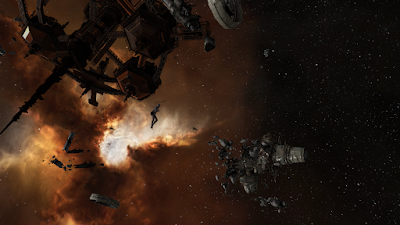 But now, who the hell cares..?

Posted by Cassandra Habalu at 04:21