LUMEN has deployed to Syndicate for Operation Oriflamme Threshold: a series of exercises aimed at asserting Amarrian influence in the region against both the Serpentis Corporation and the Fed; and to demonstrate our ongoing support of our allies in the Intaki Business Logistics Union [I-BLU] and the Ishuk-Raata Enforcement Directive [I-RED], who hold significant interests in Syndicate under the 'SynCo' umbrella.

All week we have operated fleets against intruders into SynCo's territory, and against Serpentis ships, eliminating whole squadrons of them, bases, flotillas, 'Forsaken Hubs' with fleets of battleships, probably killing tens of thousands of Serpentis personnel. I have no problem with this as it is God's will that brings us to Syndicate to perform this Inquisition.

Earlier today I was patrolling a few of the asteroid belts in Empress of Amarr in one particular system and generating a considerable amount of Serpentis salvage.

Then this thing showed up: 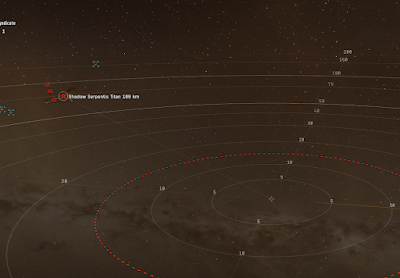 I couldn't believe it: an actual straight-up Shadow Serpentis Titan. 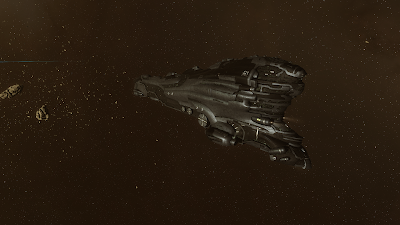 It was spellbinding. I had just a few seconds to break that spell it was holding over me and engage my cloaking device before it would inevitably blow my ship away. 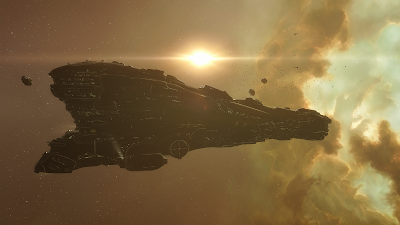 I sent cam drones over to it. I mean, my God, look at the size of it. 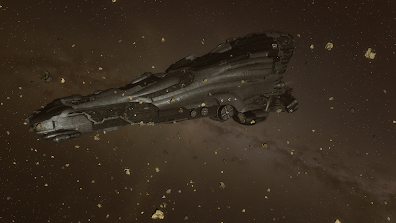 It just sat there.
Waiting.
Not even that.
It just sat there, because capital ships are more like political weapons than actual military weapons. Something about the concept of the 'fleet-in-being' - namely that big ships just have to exist; that you don't have to actually do anything with them in order to force your enemies to respond.
It's the implication of them.
Perhaps our work in the region over the last few days had been registered by the Serpentis Corporation and this was their response. A message, if you will.
Perhaps this was their response to me. 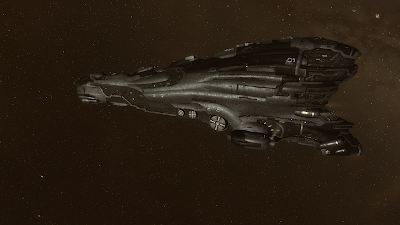 In that case, I am honoured that they sent the biggest ship they've got.

I watched it for a while, then requested advice from leadership on the comms channels. The bounty on it was 240 million ISK.

The considered opinion was get the hell out of there now...

Posted by Cassandra Habalu at 05:46