In honour of Foundation Day YC123, LUMEN performed a Fleet Review over several landmarks and installations in the Home System. It was preceded by some formation rehearsals in the Sarum Prime system, followed by the Review itself over the Emperor Family Academy station, the Imperial Navy Honour Guard over the Amarr homeworld, and the newly-commissioned TES St. Jamyl The Liberator and its accompanying fleet.

All of LUMEN were present including our Legionaires (loyalist non-Amarr), which explains the few non-Amarr ships in the formations.

I brought my own Harbinger, the TES Reventador, because in its short tenure under my command it has participated in several fleet actions that were crucial to the defence of the Empire's interests, and has distinguished itself far more than any of my other ships. It deserved to be a part of this formation - LUMEN's own Honour Guard, if you will.

Something this important needed to be practised. Flying in line astern formation is not as easy as you think when you're dealing with battlecruisers and battleships that are slow and massive and have what seems to be the inertia of a planet; but it worked well. 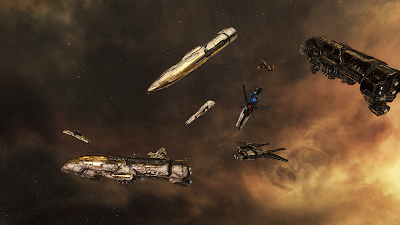 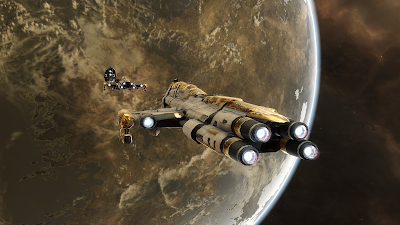 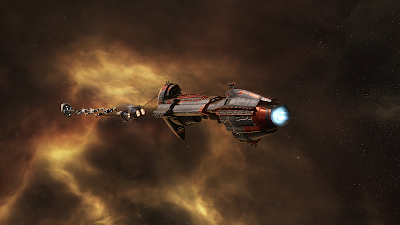 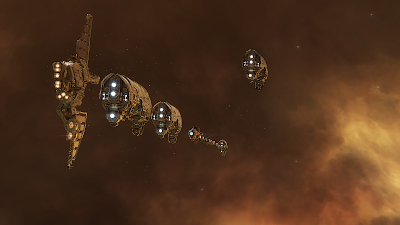 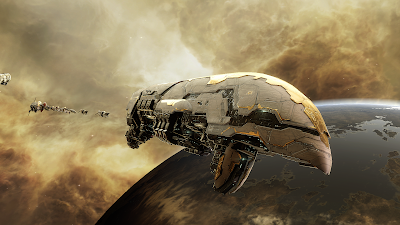 We briefed on the possibility that some blasphemous or indeed criminal capsuleer group would attempt to disrupt our show of respect to God and to the Empress. The heretic Nauplius made an appearance in the Local channel, but our show of force - and Zek's Damnation-class Fleet Command ship - clearly sent the appropriate disincentive to all present. 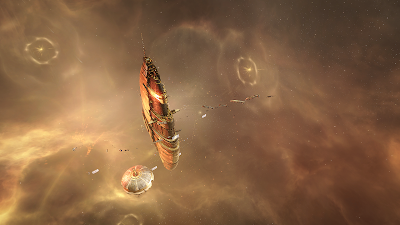 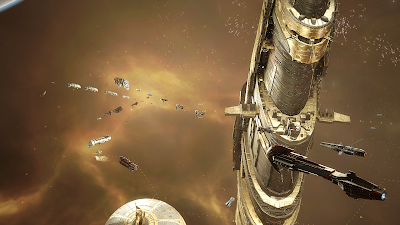 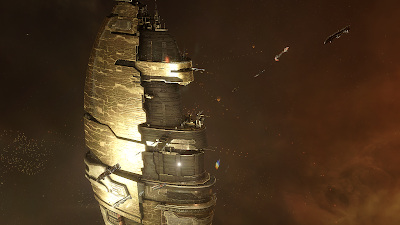 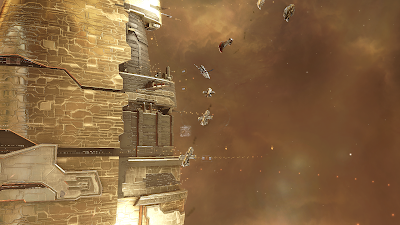 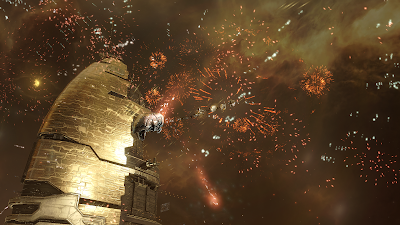 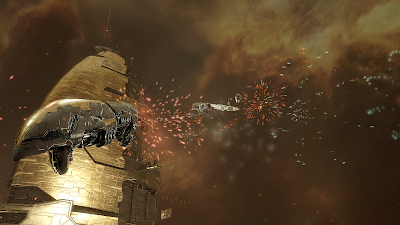 A hugely impressive sight over Amarr Prime, such a demonstration of power, of faith, of loyalty. An honour to participate. 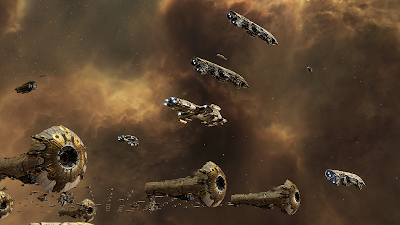 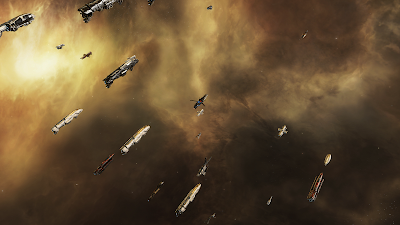 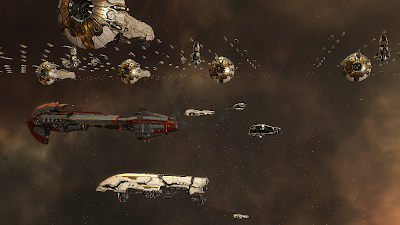 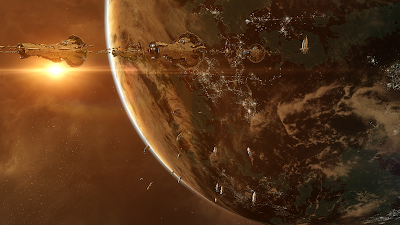 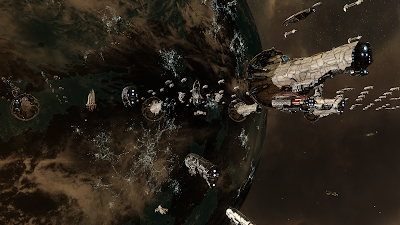 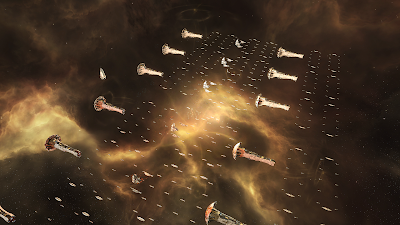 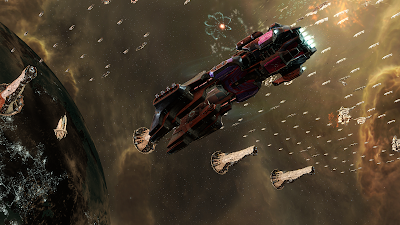 Other capsuleers showed up to observe, and they were respectful. On the other hand the Megathron in the cam drone still above was commanded by some idiot capsuleer who attempted to disrupt the proceedings, but we and the Navy collectively ignored him. I would personally have preferred to call on God's Wrath to dispose of this idiot in an appropriately biblical manner.

The Navy has commissioned an Avatar in honour of the late Empress Jamyl and her sacrifice during the atrocity in the Safizon system at the hands of the Drifters in YC117 (at which I was present so many years, so many lifetimes ago, as a naive and inexperienced capsuleer). LUMEN paid its respects in the final phase of our Fleet Review. Other capsuleers were present here too, and were respectful, which is as it should be. 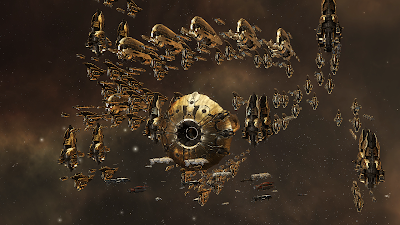 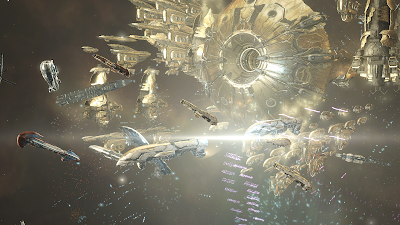 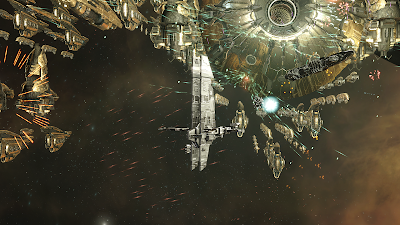 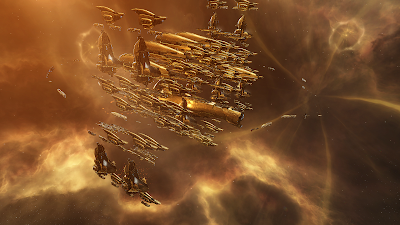 After the conclusion of this final phase we broke formation and headed back to our staging system. On this day I felt no distinction between my Ni-Kunni heritage and my Amarr faith; all present here on Foundation Day are True Amarr as long as their faith is strong, because it is God's will that Holy Amarr will prevail, that New Eden will one day be safe again. 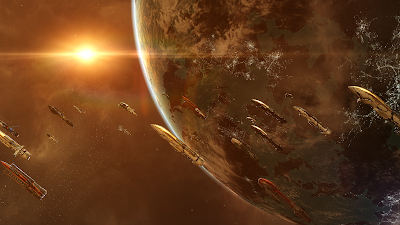 Posted by Cassandra Habalu at 09:32