Another of LUMEN's events commemorating Foundation Day YC123 was Brother Theodosius Savnar's tour of several of the Empire's most important in-space landmarks. The first tour he ran was so successful he ran a second tour later the same day, which I was honoured to join.

The tour was not limited to LUMEN members; it was publicised in advance on various media outlets as one of the many events commemorating Foundation Day, and it was open to any capsuleers who wished to join us (within reason...). It was very noteworthy then that our 'tourist' fleet was joined by Thalhack Dalhar, a member of the Interstellar Services Department, in nothing less than a Polaris Legatus Frigate - the allegedly-indestructible Jovian design that is one of the rarest sights in New Eden, especially now that Jove space is inaccessible and the Directorate has apparently ceased to exist in any meaningful form.

This is the first time I've ever seen one of these ships, ever. 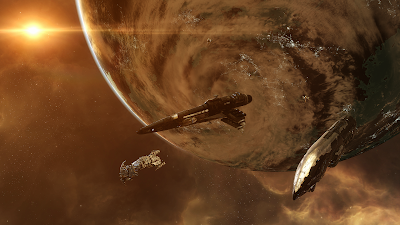 I may never see one ever again... 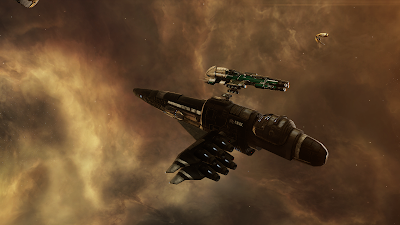 Posted by Cassandra Habalu at 10:02